Are We Still Baptists?

To some of you this will make either little or no sense. The readers of this blog vary from people I know very well to those I have never met. Those in between, those I know, but not well, have been asking a question concerning the church I am privileged to pastor. Are we still Baptists?

The reason for this question stems from the change in our logo. After years of using the Dallas Bay "bug" we updated the logo to something a little more up to date with current graphic design. 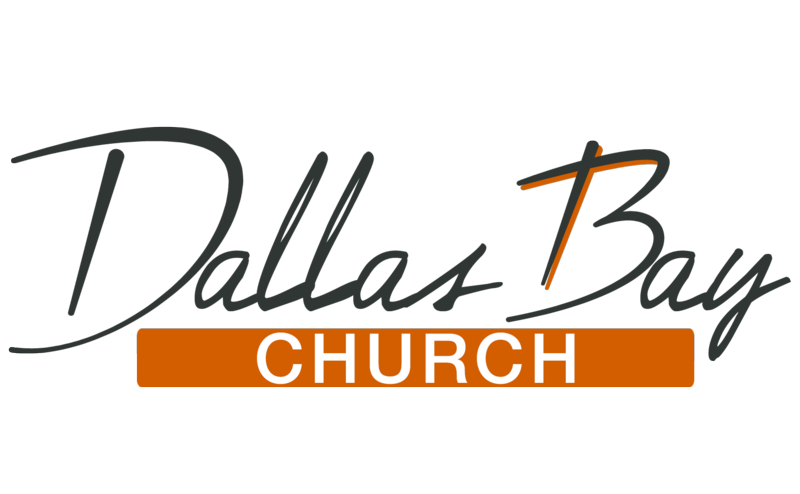 I spent considerable time researching logos of churches I respect for their integrity and innovation in sharing the gospel. The new logo reflected design elements of those churches. Notice the cross in the "B". Some had been concerned that on the facade of our satellite campus there was no mention of church nor was there a cross on the outside of the building. I hoped this new logo might relieve both of those concerns. I was not prepared for the question of our affiliation just because of the change in the logo.

I'm going to speak more in depth to the reasons for the logo change when I teach DB101 to the church body beginning the first Sunday night after Labor Day this September. It is all about the philosophy of ministry the church has followed for the last 25 years. Let me lay it out in less detail here now than I will then for those who have asked the question.

The logo does not reflect a change in doctrine or denominational affiliation. We are Baptists. We have been Baptists since day 1. We are Southern Baptists and have been since our inception.

One of the reasons for the change is a practical one. Around here we usually just refer to ourselves as Dallas Bay. We welcome people to "Dallas Bay." There is no attempt at hiding Baptist from the name. It's always just been easier to say "Dallas Bay". We are known in the community and by other churches simply as "Dallas Bay." Changing the logo from dbbc to our current design was an attempt to reflect more accurately how we are recognized by ourselves and by others.

Another factor for the change is that the churches in America who are reaching the most people for Christ with the gospel do not include their affiliation in their name. In 2013 Outreach magazine listed the top 50 fastest growing churches in America. In the top 50 only 4 listed their denomination in their title. Many in that top 50 were Baptist. The highest ranking Baptist Church was number 6. It is "The Church of the Highlands" in Birmingham Alabama. They are not only Baptist but they are Southern Baptist as well. They chose not to include their affiliation for the same reason most churches in the top 50 did so. They did not want to erect any barrier between them and reaching the lost or unchurched.  They know who their target audience is and make decisions to have an opportunity to share Christ with them.

Many Baptist Churches do include the denomination in their title. However, most people would have to agree that we are not the typical Baptist Church. Many have a preconceived idea of what a Baptist Church looks like and how a Baptist Church behaves. It is not uncommon for me to speak to a guest of our church who is delighted to have finally found us. After a Sunday morning service they tell me that they had delayed visiting us because they had been to other Baptist churches and believed they would have the same experience here. Don't misunderstand me, I am not being critical of other Baptist Churches. It all has to do with the person God has purposed for us to reach. Dallas Bay is populated to  a great degree by those who have been turned off by the typical church.  It is in our DNA. We are a wonderful melting pot of His followers. That diversity adds to our worship and causes us to have a broad view of mission work. We have consistently been a leader in reaching people for Christ in the nation.

There are other reasons I will share in September but I told you this would be brief. So let me sum it up before I have to retract that statement. We are Baptists. Proud to be Baptists. But our greatest goal is not to promote a denomination but to lift up Jesus. That fact influences the way I dress; the way the buildings are decorated and designed; the types of ministries we do; the furniture in the hallway, the singing, the preaching... Well, I hope you get what I'm driving at. It even influences our logo. I love you all. In Christ, Pastor Ken

Hey Lee I totally understand your point. It's unfortunate that people wiil judge anyone or anything without giving them or it a chance first. We often assume we know what a person will be like by the color of their skin, their dress, their nationality or any other label we put on them. However, we are often surprised to learn differently if we just get to know them. Our logo is just a tool to remove a label so that people can get to know us and He who we wish to represent.

While I understand your point, I, for one, am sad that Baptist has been dropped from the name. If I were new to the area, I would appreciate seeing Baptist in the name, as that is the doctrine I ascribe to and my search for a church would be made much easier. I agree we are not a typical Baptist church--another thing I love about Dallas Bay. It almost feels as if we are conforming to please others. That said I do get your point of trying to appeal to those who are turned off by the Baptist stigma. I just hate that it has come to this.

Good 'Ol Bill Shakespeare may have said it best ~ "A rose by any other name would smell as sweet". A name is what we are called, our actions are who we are. The Body of Christ is not a denomination, but those who have received the Gift of God. Thank you Ken for yielding to your calling.

I haven't had anyone comment on it to me, but I'm grateful for the explanation should I get the question. I love the fact that Dallas Bay is, indeed, unique and not like other cookie-cutter Baptist churches that I've been to. I loved them for different reasons, but Dallas Bay is where it's at! Dallas Bay is where you find Jesus taught, praised, and lifted up! So grateful that God led us here!

Well spoken Pastor Ken. Having grown up a Catholic who then left to become a part of non-denominational churches for the last 20 years to then come to a Baptist church after we left Savannah, I didn't know what to expect, but was so glad we found that CHRIST is the emphasis, not a denomination. I think I speak for a lot of people in saying that seeing a non-affiliation is less intimidating and people are more likely to at least walk in the door, which is the first step in hopefully having a life changing experience with Jesus. Thank you for your every faithful leadership!

Well said Pastor Ken. Thank you for your ever faithful and fabulous leadership.

I agree Nancy. We are first and foremost Christians. Even better we are followers of Christ.

Thank you for taking the time to provide some explanation. I appreciate this and hope that this will ease the concerns of anyone making assumptions about this issue. I will make sure my Sunday School class reads this for further explanation.

Very well said, Pastor Ken!!! We just returned from a conference at Passion Church in Atlanta, one of the most influential worship churches in America, and their pastor kept stressing, "Jesus takes the lead role" at Passion Church. Love Baptist and have always been one, but I don't want anything to hinder someone from having the opportunity to find Jesus at Dallas Bay!

Why not just call ourselves Christians.

The comments to this entry are closed.